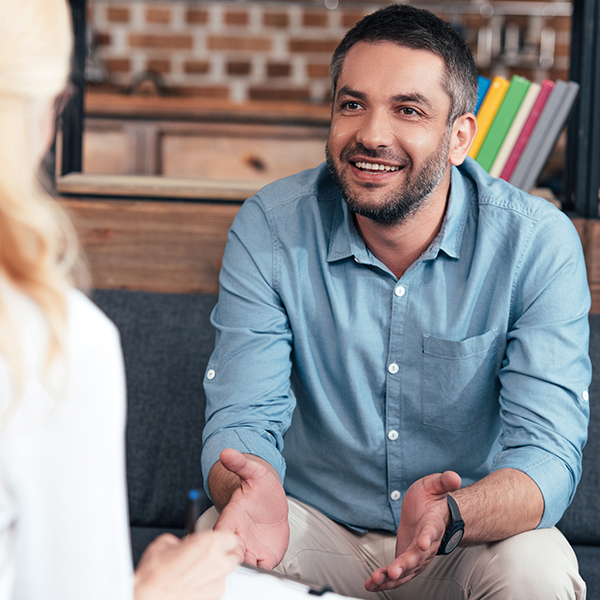 According to the National Eating Disorder Collaboration (NEDC) in Australia, statistics indicate that approximately 1 in 3 people with an eating disorder is male. This figure doesn’t even account for the males who exhibit disordered eating behaviours that don’t quite meet the criteria for an eating disorder diagnosis. These behaviours typically include less frequent binge eating, purging, excessive use of laxatives or supplements, steroid abuse, excessive exercise/ weights, dieting or restrictive eating for weight loss.

Part of the reason why the incidence of disordered eating in males has been under-reported is because of the many social and cultural factors that can get in the way of men seeking treatment for eating issues. These factors may include stigma about having a disorder that is stereotypically female or that some disordered eating behaviours such as repeat dieting or excessive exercise are often normalised as “healthy” or “disciplined”.

One significant contributing factor to disordered eating in males that IS gaining more awareness in the media is body dissatisfaction, which can affect males as much as it does females. The pressure to attain the “ideal” body which is commonly described as lean and muscular, is real and often relentless, particularly for younger generations. In recent studies it was found that up to 90% of boys between 13 to 19 exercised in order to bulk up and gain muscle.

Images of this particular body ideal are everywhere, from traditional media to social media and can significantly contribute to mental health issues such as body dysmorphia or more specifically, muscle dysmorphia. These dysmorphic conditions arise when people see their body (or parts of their body) in distorted ways, which can lead to serious disruption or distress in everyday life.

There are of course images of “normal” male bodies (e.g. “dad bods”) out there in the media but rarely are these bodies used in the media to evoke desire or create an association with success or luxury. So we see these ideal images and then see all the programs, products or services that guarantee the ease or speed of alleviating body dissatisfaction- whether it’s building muscle, eliminating hair, whitening teeth, overcoming hair loss, whatever it may be- and therein lies the bait.

The problem is not the desire to self improve, as any action taken to become healthier and happier is vitally important for mental health and self esteem. The problem is that underneath the bait of self improvement is the underlying message that unless you have the body, you are “less than” in some way. This message can be so compelling – and insidious- that it can be felt even in the face of success in other areas of life.

The problem only deepens when these strategies either don’t deliver sustainable results, if they worsen or cause further health issues, or if a person becomes so obsessed with fitness, dieting, body image that it alienates them from other sources of satisfaction or worth. Funnily enough, even though the rational brain knows how marketing works, it’s the emotional brain that triggers the disappointment, self-blame or shame, which can lead to poor self esteem and disordered eating. This can be particularly problematic when there are existing physical or mental health issues present.

Disordered eating and body image issues are common and complex problems and there is still much awareness needed for how these issues present in males and in other marginalised communities. There are many males who may experience some mild degree of body dissatisfaction, without it being too much of a problem. However when this dissatisfaction becomes more severe or when it starts to affect eating, it’s important that the issue is addressed and treated as early as possible.

If you are struggling with these issues yourself, don’t hesitate to get in touch.